Our services are still available with measures in place to protect our customers. We confirm we fully comply with the government’s guidance on managing the risk of COVID-19.

Case Studies PROVIDING BRILLIANT SOLUTIONS FOR A RANGE OF PROPERTIES

FILL OUT YOUR DETAILS AND WE WILL CALL YOU.

TRUSTED TO WORK WITH MANY ORGANISATIONS & THE PUBLIC 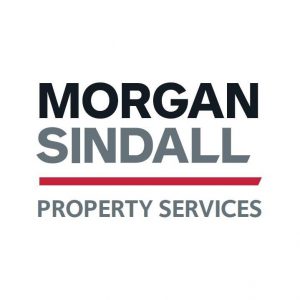 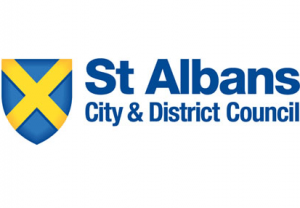 We are immensely proud of the work we’ve done here at Abbey Roofing, providing brilliant solutions for a range of properties. Below you can view some examples of our previous projects.

Abbey Roofing were tasked to install new roofs on the new build properties consisting of slate and Sandtoft clay tiles its a mixed development of affordable living and Prestige homes inspired collection of 1, 2 & 3 bedroom apartments and 4 and 5 bedroom houses in the north London triangle of Oakwood, Cockfosters Hadley Wood. Homes are positioned in a secure parkland setting with 24-hour security.

On this property the inside of the roof was covered with spray foam, which makes re-roofing very difficult, especially as it was a complex project. We started out by having a full aerial survey carried out, and an accurate measurement was taken by our supply chain partners Eagle View. Then we spoke with the Heritage and Planning Department to choose the tiles for this property, and decided on Sandtoft. These tiles are a mix of 70% Bay Brown and 30% Dark Rusper with traditional mortar bedded ridges. The project lasted approximately 5 weeks, and the outcome was perfect. We returned after completing the project to carry out local repairs on the lower roofs once the scaffold was taken down.

This was a self-build project, where we needed to create pleasing aesthetics and make the cottage’s roof fit in with the existing roofs on the other properties in the area. We used Sahtas Brookhurst ‘county’ tiles to implement this. The project lasted about 4-5 weeks, and the outcome was amazing.

We have recently completed a planned work project for Slough Borough Council and Osborne; this is the first project on the start of a 5 year partnership, so we knew we had to work well and perform to meet the demands and deadlines which was quiet tough at times over winter.

The evenings were drawing in fast and pre planning of the scaffolds to be erected was the first task. To ensure all scaffold were down before Christmas and straight back up again the first week in January, we had 110 properties to re-roof averaging 6-8 properties a week.

All roofs were a full Specification, which comes with a 15 year underwritten guarantee from Redland spec master. Most were interlocking tiles and some where Plain clay rosemary’s, we also had to incorporate Flat roofs, chimney pointing and full fascia and soffitt replacements.

Abbey Roofing worked with Archway Roman Catholic Church to upgrade the roofing structure and install quality insulation. The roof of the building was very old and starting to fail, so the Diocese of Westminster instructed Abbey Roofing as one of its approved contractors to carry out the work.

When looking to upgrade the roofing system, we opted for a ICOPAL roofing system due to the high performance of the roofs, especially in terms of weather resistance. We wanted to ensure a great roof that was going to last for many years to come for the church, and a ICOPAL system fit the bill with its 20-year, FSA-approved insured guarantees. This means that the church never has to worry about the costs of upkeep for their roof in the next two decades, as if anything were to go wrong, the work would be covered, offering peace of mind and financial security to the church.

When we set about upgrading the roof of the church, we took a look at how well insulated the property was. The church did not have sufficient insulation, which resulted in a hot, stuffy environment during summer and a very cold space in the winter. As specified by building regulations – which we always follow stringently – the insulation was deemed unacceptable and in need of replacement. We did so gladly, and the church now benefits from a comfortable temperature for clergy members and patrons year-round.

Working on behalf of Carillion, the team at Abbey Roofing was given the major task of re-roofing 140 properties at RAF Northolt that were home to military personnel and their families. Due to the variety of different ranks of personnel living at the station, there were several different sizes and styles of house that we were required to work on, which demanded a flexible approach from our professionals.

Because of the busy nature of the RAF base, we had to ensure that everyone stayed safe throughout the entire process whilst coordinating many different elements of the project, such as constantly organising skips and deliveries on a daily basis, and running weekly waste reports to submit to the client.

Products used in this re-roof included a mix of redland renown interlocking tiles with all dry fix components. On the larger properties, redland clay rosemary tiles were used with a mix of vertical tiling. And to bring the properties up-to-date, we also replaced the old style concrete gutters with carefully constructed uPVC fascias and soffits.

Overall, this ambitious project took approximately 15 months and resulted in repeat work for our team.

Abbey Roofing have supplied a customer in Wheathampstead with two winters’ worth of warmth, thanks to a complete roof tile replacement undertaken by the team in 2015. The old roof, made of interlocking tiles, had failed and was leaking in places. On top of this, the house had a problem with cold spots.

An upgrade was carried out to replace some of the insulation that was missing and swap out the old tiles for some smart looking redland rosemary plain tiles. The client has been very pleased with the efficiency of their roof and has noticed a drop in the cost of heating bills!

The Abbey Roofing team carried out the re-roofing of an Eton fives court at Whitgift School in South Croydon. The school were very pleased with the replacement of the outdated metal bar and glass panel with a tough GRP roof which will last for many years and see many students play under it

The experts at Abbey Roofing were given the task of re-roofing 48 properties at the Aldershot Garrison. This area houses an enormous British Army military town, complete with training areas and many accommodation quarters for family members.

Using over 20 years of roofing experience, our professionals successfully re-roofed the selected buildings in a safe, timely, and professional manner. The project required Abbey Roofing to stick to tight deadlines, and deal with many different challenges, including personnel regularly moving in and out of the properties. Skips and deliveries had to be carefully coordinated on a daily basis, along with the logistics of the project.

Abbey Roofing were selected to re-roof 26 lodger units that housed Royal Air Force recruits undergoing training. To do this successfully, we needed to remove all of the chimneys and install new uPVC fascias and soffits. When carrying out this work, we had to ensure that we worked quickly, efficiently and safely as all of the houses were occupied at the time.

We used Redland Specmaster systems for this project, so we worked very closely with the Redland Technological Department to ensure that the design and specification was correct at every step of the way. We decided on Redland Renown tiles for their excellent weather resistance, with the tiles capable of withstanding very heavy rains and wind. Another factor that swayed us towards Redland Renown was their unobtrusive design. RAF Halton pride themselves on trying to live alongside the local communities cohesively, so a subtle tile choice aided this. The tiles were fixed with Dry Hip fittings, again to provide even more wind-resistance and to offer a very low maintenance roof; we felt it important to make sure the roof would be exceptionally long-lasting and maintenance free so that the military personnel could focus their attentions on other, more pressing matters.

This project was not without its problems; while working on the roofs, local wildlife including bats and glis glis were taking sanctuary inside the roofs, meaning that we had to work closely with an ecologist to ensure that we could finish our project on time, without harming these animals.

This project was a house in Harpenden and the client wanted to restore it to its original look and feel. We used clay Rosemary tiles, a heather blend mix working along side the window fitters, restoring the sash windows. A mix of vertical tiling and lead work ensured the original look was regained also the garage was restored to the same spec.

This case study involved a total air passive eco house which also had solar panels incorporated into the tiles as seen in the photos. The roofing tiles used were sandtoft casius clay and an English heritage clay tile for the vertical sections. We used lead for the hips and ridges to the property for more character, this house is also super insulated and the roof was constructed using sips panels